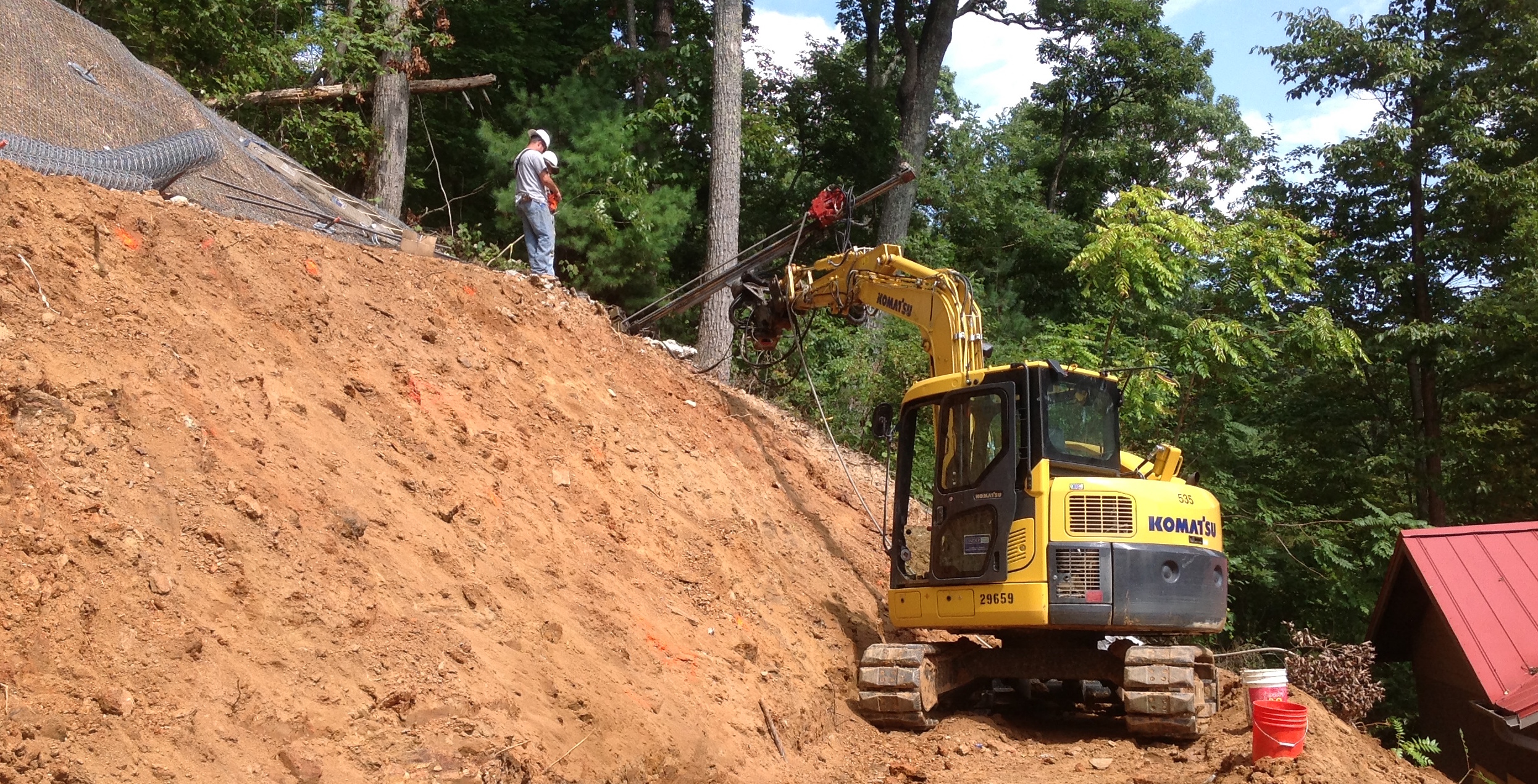 Foundation Repair Services helped to create a highly effective solution to stabilizing a boulder field that supported a parking deck in Boone, NC. Implementation of the SPIDER rock protection system allowed the parking deck to become operational once again.

Foundation Repair Services has been providing the Western Carolina’s with slope and rock stabilization as well as landslide recovery services since 2004. Solving complex problems and thinking outside the box is our specialty and when it comes to geotechnical and structural foundation issues, we provide proven permanent solutions.

We were contacted by a structural engineering firm based out of Hickory, NC regarding a potential foundation issue with condominium’s parking deck in Boone, NC. The parking deck was largely supported by a boulder field that had a high risk of failure (falling apart). If the boulders became loose, there was a major risk for them to take out the support pillars, causing irreparable damage.

The Foundation Repair Services team, along with the structural engineering firm and a local construction company, found a highly [and cost] effective solution to stabilizing the boulder field, providing a permanent and solid foundation system. The SPIDER Rock protection system (SPIDER net) was chosen to stabilize the boulder field, allowing the parking deck to become operational once again. 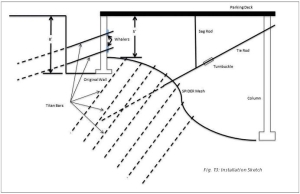 After careful consideration and shuffling through many proven [yet expensive] foundation and slope stabilization techniques, it was determined that Geobrugg’s SPIDER spiral rope net was the correct solution and permanent fix. 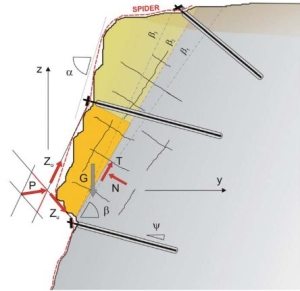 These steps summarize the progress to stabilize the upper section of the boulder wall:

Stabilizing the lower section of the boulder wall:

After the structural and foundation security aspect of the project was completed, brick pavers were placed and laid. Furthermore, a rubber membrane above the precast deck side and setting materials were installed to complete the job.

Fresh landscaping and mulch was added adjacent to the storm water junction boxes and temporary access road (leading below the parking deck).

The final step was to lay the matching veneer walls (stone) around the new water drain lines.

From start to finish, the project lasted approximately five weeks. Upon completion, the condemned parking deck was once again usable.

Eight months later, on August 23rd, 2011 at 1:51pm EST a 5.8 magnitude Earthquake struck approx. 40 miles Northwest of Richmond, VA. Tremors and seismic movement were felt shortly after in Boone, NC at the parking deck. Coincidentally, a few installation contractors were standing on the parking deck during this time. The SPIDER net system was strong AND flexible enough to withstand the tremors and aftershocks to keep the parking deck and all its occupants stable and secure.

This 5.8 earthquake was a true test of durability and security. 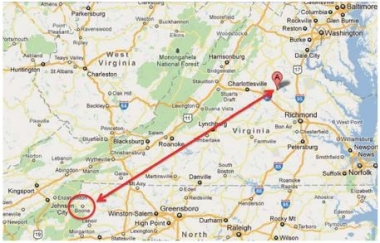 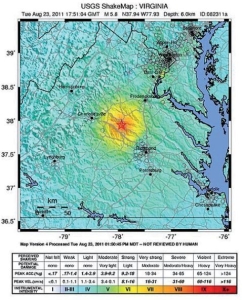 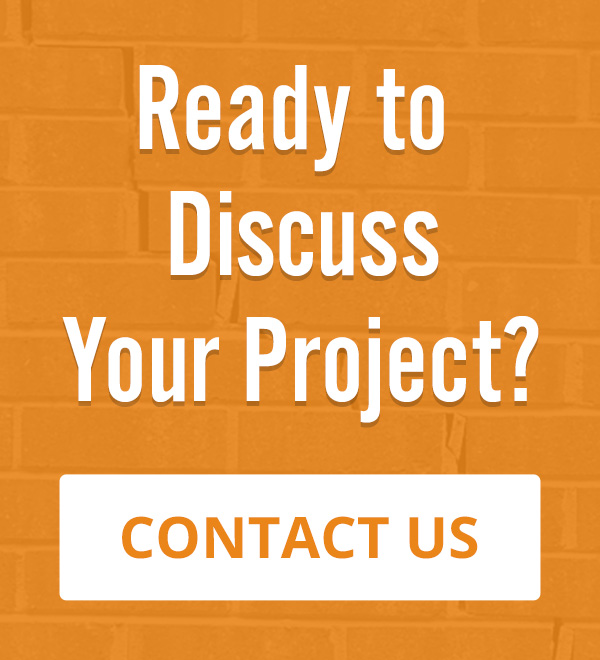